2012: It Was a Very Good Year for Social Giving [Infographic] 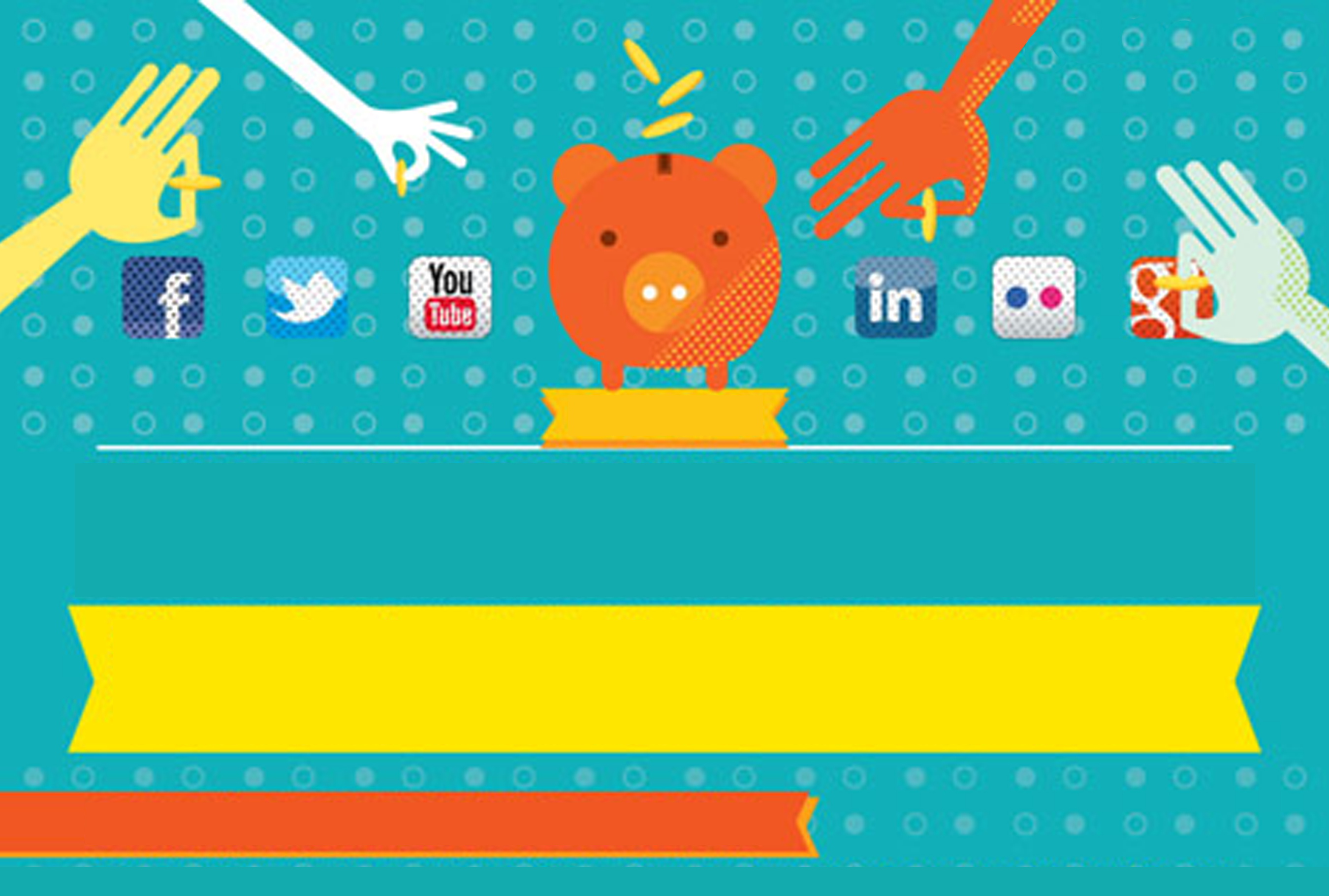 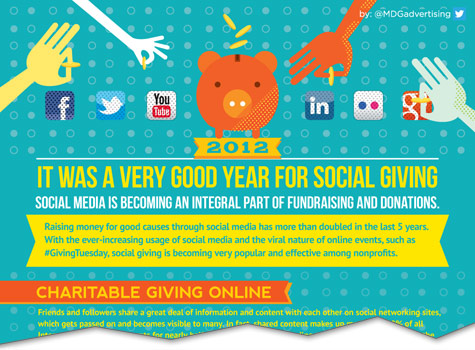 Just as social media has changed how we live, it’s now transforming the way we give.
In fact, raising funds through social media networks was so popular and prevalent this year that the charitable giving concept is now widely referred to as social giving. To outline the growing popularity of social giving, MDG developed an in-depth infographic that covers the gifts, groups, and givers engaged in digital donations. From the most popular platforms and profitable tactics, to the growth of online movements and the rise of the crowdfunding culture, check out the following infographic to see how social giving is really paying off.

The infographic opens with a look at online giving and reveals the channels that charities leverage most. It shows that Facebook is favored by 98 percent of nonprofits, followed by Twitter trusted by 74 percent, YouTube utilized by 66 percent, and LinkedIn used by nearly half of charities. Interestingly, individual donations are the most requested and received by these foundations on Facebook.

After showing the sites for social giving, the infographic features details on donors. Today it’s trendy to donate online and more and more young people are willing to give. As a result, networks make it easy to contribute with a click, such as Facebook’s addition of donations as an option in Facebook Gifts. This popularity is proven by the rising amount of the average social giving donation each year. Friendly persuasion also comes into play, with a friend’s mention of their donation leading 68 percent of their contacts to learn more about the foundation and 39 percent to give to that charity. Even just promoting fundraising events on social networks can raise funds, with Twitter mentions yielding up to 10 times more money.

The graphic goes on to cover the viral value of online movements like #GivingTuesday. Similar to shopping-centric events like Black Friday, #GivingTuesday is the name given to the Tuesday after Thanksgiving where foundations worldwide reach out to their social media followers for online donations. This year’s event earned $10 million in that single day, which was more than 50 percent higher than last year’s total.

Along with online social movements, the state of social giving is being shaped by Web-based crowdfunding platforms. There are currently more than 500 crowdfunding platforms worldwide and the rapid rate of industry growth is only matched by the rising amounts they raise, as seen by the 91 percent increase in the sum of funds collected in 2012 over last year.

The infographic also reveals some secrets to success in social giving. For 41 percent of nonprofits, creating a detailed social media strategy works in winning gifts. Making social media an executive priority proves profitable for 37 percent of groups, while devoting a specific position to social media is effective for 28 percent. Finally, the top trends in social giving include the focus by foundations on monetizing Facebook to raise funds, as well as the increasing use of Twitter to promote causes and contributions, and the social support of Google+ to integrate Google’s features with fundraising efforts.

Altogether, social giving is getting respect and results worldwide. Its rapid rate of growth is changing the face and future of charitable donations as social media grants great power to good will.

By the Numbers: Facebook vs The United States [Infographic]

New E-book: The 4 Keys to Creating Exceptional Travel Content in 2016