AARP Advocating Why Boomers are Still a Boon to Advertisers 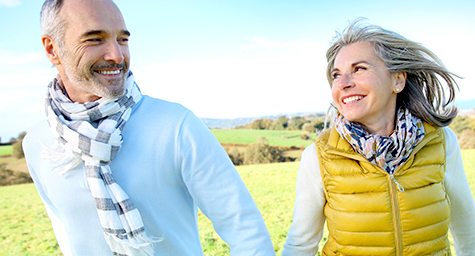 AARP is striving to stop Baby Boomers from getting overtaken by Millennials in the eyes of advertisers. As an advocacy organization for Americans ages 50 and over, AARP is hoping that the progress made in bringing advertising’s attention to older consumers will not be affected by marketing’s newfound fascination with the younger Millennial generation. That’s why AARP has devoted the entire year to an initiative called “Boomers @50+” that celebrates how every member of this generation of Americans born between 1946 and 1964 will have reached age 50 by the end of the year. The New York Times reported on this effort designed to remind marketers that Boomers remain a booming source of business.

A highlight of the initiative is the upcoming documentary, “The Boomer List.” It includes interviews with 19 Baby Boomer celebrities, one for each year that the generation spans, to capture the way they’ve lived through these notable decades. AARP is sponsoring the airing of the film as a prominent episode of the PBS series, “American Masters” on September 23. The film is perfectly suited to the series, which usually focuses on people over age 50 who have secured their status as masters.

The documentary’s debut will be accompanied by an AARP book, as well as a photographic exhibit of the film’s 19 celebrities at the Newseum in Washington, D.C. from September 26 through June 30, 2015.

It seems hard to believe that advertising’s long and lucrative love affair with Boomers could be coming to an end, especially after its decades-long devotion to this market of 76 million Americans. Marketers believed that brand loyalty started young, so they reasoned that the money spent on this youthful demographic would pay off throughout their lives. As a result, they created campaigns to reach them at every age and stage of their lives, from their childhood and teen years, through marriage and parenthood.

But marketers started to lower the boom on Boomers in the late 1990s as this demographic started outgrowing the 18–49 age group most coveted by advertisers.

But brands built on Boomers’ loyalty fought back by asserting that this middle-aged market was different from previous older generations, who were frugal and set in their ways. They claimed that Boomers were much more affluent, tech-savvy, open-minded, and looking for new experiences. These characteristics would ensure that Boomers would keep on buying, which would keep them a key demographic for brands. To prove their point, Boomer-based brands like Kraft Foods, L’Oreal, Chrysler, and Procter & Gamble all launched ads that targeted Boomers, along with younger audiences.

While this ad approach worked for a while, marketers have recently become more intrigued by the Millennial market. This generation of 80 million Americans born between 1980 and 2000 has become the most desirable demographic because of their staggering size, technological know-how, and youthful potential for brand loyalty.

The Millennial market’s growing place in the prized 18–49 age group is even steering advertisers’ attention away from their slightly older brothers and sisters in Generation X, who are quickly outgrowing this group. In fact, it comes as a surprise when brands like Pinnacle Vodka and Denny’s create campaigns targeting Generation-Xers instead of the younger Millennials.

“Millennials are on the radar, but we make a strong argument that you need to focus on the Boomers because that’s where the money is,” said Robyn Motley, senior vice president and general manager of AARP Media.

While Millennials may be becoming the object of advertising’s affection and attention, the media is not yet ready to say goodbye to Boomers. And many in the media industry are reminding agencies and branding firms about the value of audiences over age 49.

After all, Millennials have not made their money yet and are at least five years away from becoming major spenders. Yet Boomers have both more money to spend and more time to spend it. In addition to having the most discretionary income, Boomers have a long history as big spenders and their preferences lean toward upscale, luxury items.

That’s why advertisers are being advised to develop multiple marketing strategies, one to target Millennials and another to woo Boomers. The Millennials may be the consumers of tomorrow, but the Boomers remain the big spenders of today.

Learn the latest marketing strategies for tapping into your target audience. Contact MDG today at 561-338-7797 or visit www.mdgsolutions.com.

How It Feels to Wear the New Google Glass Glasses [Video]