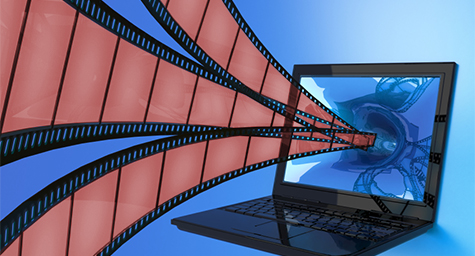 CNN is once again redefining “network news” by bringing headlines from their television network to Twitter’s social media network. The news leader and the social linker have recently connected for a new video series called Your 15 Second Morning. The series will spotlight one or more major topics of the moment in 15-second snippets that will be seen and shared from CNN’s main Twitter account. This social series will be a spin on CNN’s NowThis News in the way that it structures and broadcasts brief news videos for certain social media networks, such as Vine and Instagram. Mashable.com reported on this new digital development in news reporting.

“The way many television networks have approached digital video historically is to take live television, cut it up and put it online,” said Andrew Morse, a senior VP at CNN US. “What we’ve come to realize over time is that’s not the kind of video that the online audience and mobile audience are demanding. We are reverse engineering the process.”

Your 15 Second Morning will make the day’s top news stories quickly and easily digestible for today’s mobile and social audience.

The video series is part of a larger initiative from CNN Digital Studios, which is a news company launched late year that is devoted to developing new online video series and franchises. It is staffed by a team of about 12 people who are also working to create spinoff series for current CNN contributors, personalities, and programs.

At the moment, CNN Digital Studios’ only tie to Twitter or any social media network is through Your 15 Second Morning, but the team is currently in talks about original video programming with other companies.

These innovative efforts show how the news media is using new media to reach today’s growing and going mobile and social audiences.

Count On Mom Bloggers For Social and Environmental Support—And Votes

Is Your Healthcare Organization's Social Media as Healthy as It Can Be?