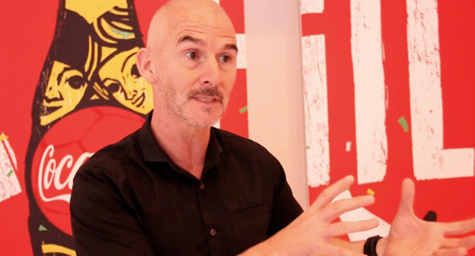 Coca-Cola knows that a balanced blend of ingredients is the recipe for their success. The same holds true in advertising, where multiple marketers come together and must mix their individual ideas into a collaborative campaign. By stirring in the best factors from each faction, they can quench their thirst for satisfaction and attain promotional success. This process came into play this year when Coca-Cola began designing the logo for the FIFA World Cup in Brazil. The logo needed to have the essence of Cola-Cola, the flavor of football, and the world’s craving for the game, in a single symbol that would become the base of the beverage brand’s largest-ever campaign. While Coca-Cola may be carefully guarding its beverage blend, the company was willing to share its formula for a collaborative campaign. Adage.com reported on their recipe for success.

Marketers are well aware of the challenges of pleasing every player involved in the advertising process. Coca-Cola has repeatedly run up against struggles in its many marquee sponsorships of the Olympics and World Cup. There needs to be the perfect mix of global appeal and local affinity that plays to the needs of advertisers worldwide.

Over the years, Coca-Cola has found that the formula for a winning advertising campaign is making everyone feel like a winner. And the only way to create that feeling is through collaboration. By asking for input and ideas from its many marketing sponsors through every stage of development, Coca-Cola can be assured of a final logo that all will love.

If Coca-Cola didn’t consult with these marketers, they would run the risk that they would ignore the logo and create their own. But by making these sponsors feel like they play a role in logo development, it creates a sense of collaboration that makes them feel as if they’re part of the team. It also increases the likelihood that they will love the logo.

This approach has proven to be a winner for the company’s latest World Cup logo, which 85% of its 207 markets has adopted.

The logo features graphics designed by Brazilian street artist Speto. Coca-Cola interviewed artists and consulted with several sponsors before finally selecting Speto. He created elements for the campaign and combined them into a modular system that markets can arrange to their preference. For instance, countries can change the elements’ colors to reflect and respect their national identities.

By breaking down the official logo into customizable elements, Coca-Cola was able to unite the world with a single symbol that would also give the countries a sense of creative freedom. This is just another example of how collaboration plays a part in every stage of development.

Just like with its famous beverage, the brand knows that each ingredient is important to the final product. But it’s the special way they work together that makes for a winning result.

Discover the secrets of successful branding. Contact MDG today at 561-338-7797 or visit www.mdgsolutions.com.

How Provider Data Can Work Wonders for Healthcare Marketing Success