Facebook Updates its Status to a Successful Mobile Advertising Firm 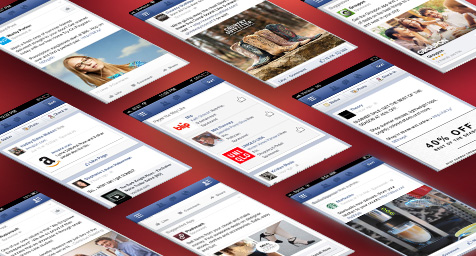 Many attribute this mobile momentum to Facebook’s mobile app install ads that have helped developers promote their apps beyond the cluttered and crowded app stores.

Another business booster was Facebook’s new mobile app re-engagement ads that have brought users back to the apps they had downloaded and disregarded.

Advertisers realize that Facebook offers outstanding insight into users’ patterns and preferences due to the abundance of data it collects. As a result, the social media site can show tightly targeted and highly relevant mobile ads that deliver strong rates of response and return. This has led to a total revenue increase of 65% or more over the year in every geographic region.

Facebook clearly has its finger on the pulse of mobile advertising and keeps proving its power to keep brands at users’ fingertips.

Get the latest updates on mobile advertising and social media. Contact MDG today at 561-338-7797 or visit www.mdgsolutions.com.