Is Cord-Cutting Killing TV? Here’s What the Data Says 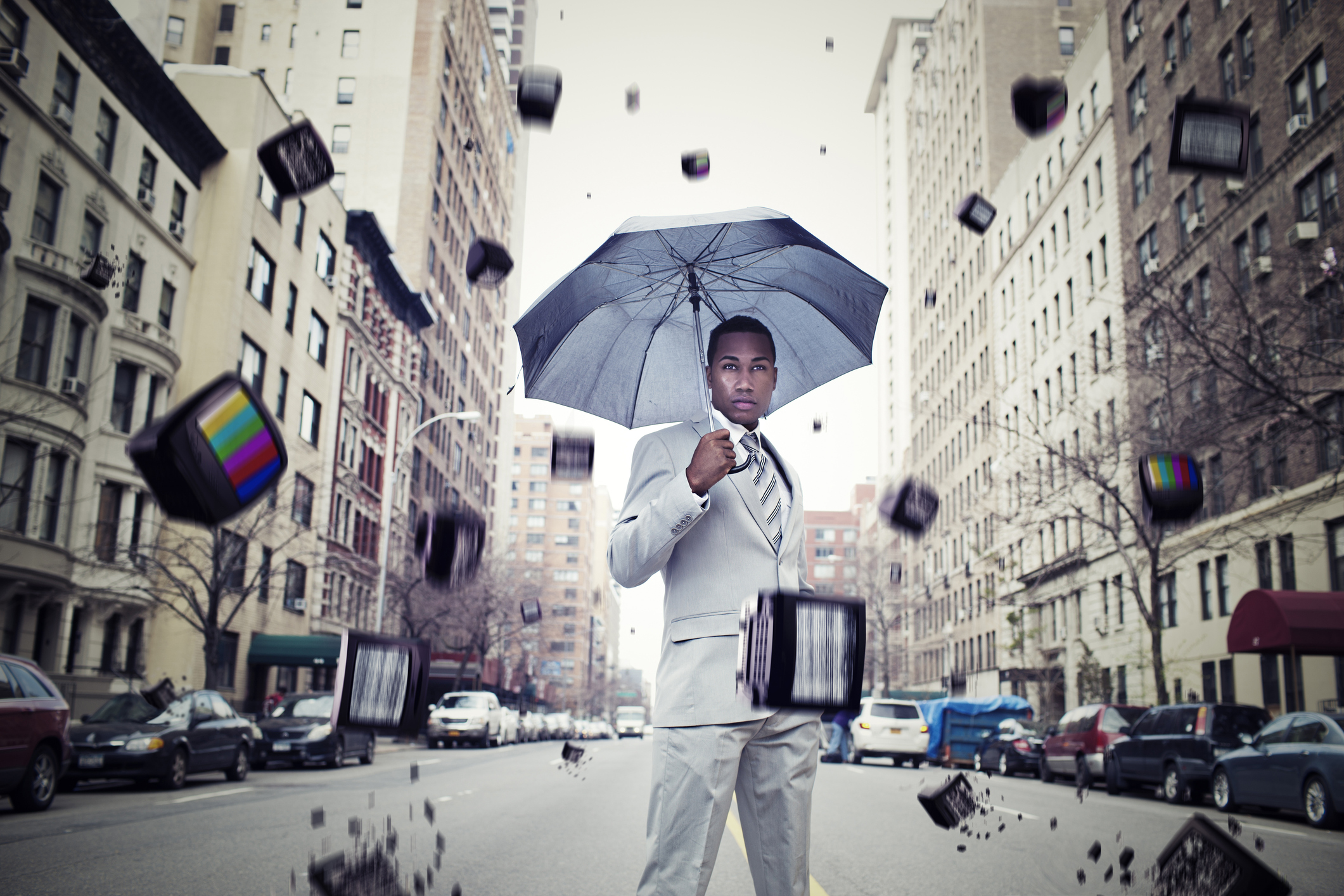 How do people watch long-form videos, such as shows, movies, and live events, in their homes?

Not too long ago, this would have been an easy question to answer: people watched either on DVD or on television.

Today, it’s not so simple. The DVD-era is over (RIP Blockbuster Video) and television faces competition from a wide-range of OTT (over-the-top) digital services such as Netflix and Amazon Prime Video.

While these platforms were initially seen as supplementary entertainment channels, they are now viewed as direct adversaries and are inspiring increasingly dire predictions about the future of traditional television.

Is this concern warranted? Are OTT services truly that popular? Is cord-cutting commonplace? Are digital platforms killing television?

Here are five key insights from the data:

The first thing that stands out from the research is that cord-cutting — cancelling paid TV and continuing without it — is no longer a niche behavior. A fairly large segment of American adults are already cord-cutters and that share is expected to grow significantly in the coming years.

According to eMarketer data, the number of cord-cutters in the United States will reach 33 million by the end of 2018, a 33% jump over 2017. This growth rate is much higher than what was predicted last year (eMarketer had initially forecast it to be 20%).

Moreover, it’s expected that the by the end of 2022, some 50 million US adults — one-fifth of all viewers — will no longer be paying for traditional television. 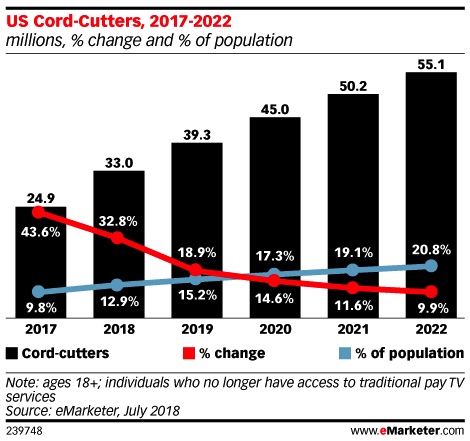 2. The Majority of Americans Now Watch Video on OTT Services

There are a number of factors driving cord-cutting —  unhappiness with the cost of cable, a lack of interest in traditional TV offerings, etc. —  but the largest, by far, is simply that consumers have a viable alternative.

OTT services, which individually are significantly cheaper than paying for cable, have now been widely adopted by Americans. In fact, eMarketer estimates that 170 million people in the US, 52% of the population, view video content on an OTT service at least once per month. And, this number is expected to increase to 198 million by 2022. 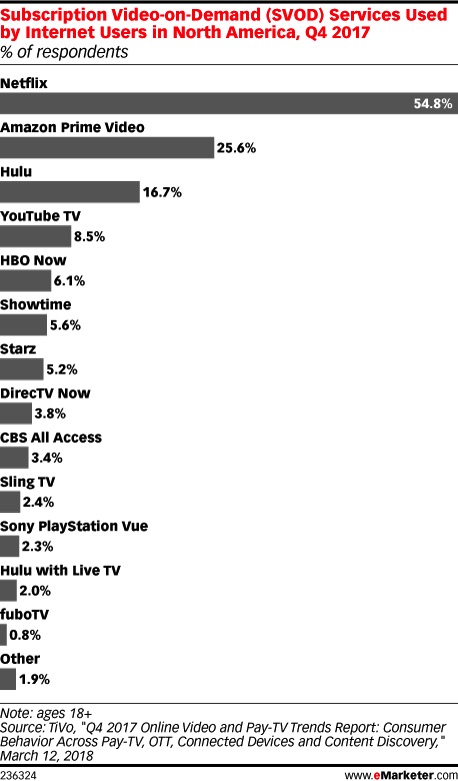 3. Audiences See a Lot of Value in OTT Services
Consumers are not just turning to OTT services because of price: there are a number of qualities about these services that they highly prize.

What’s interesting is that this appeal isn’t limited only to scripted or pre-recorded content. The ESPN+ service, a OTT sports-orientated platform that does not require a cable subscription, has already garnered more than 1 million paid subscribers since launching earlier this year.

4. The Video Habits of Younger and Older Audiences Differ Significantly
When looking at long-form video watching behavior it’s important to keep in mind that there are significant variations in audience behavior.

In particular, a key finding from the research indicates that different generations are now consuming content in very different ways. 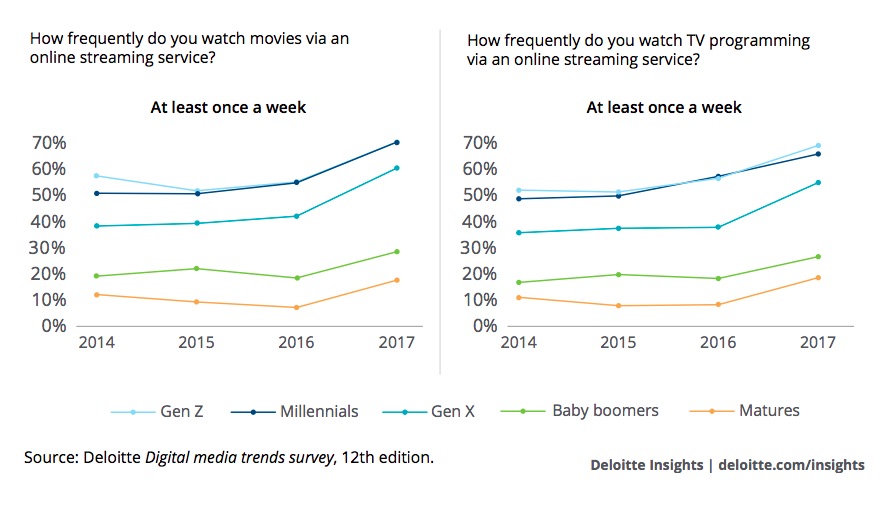 5. Traditional Television Remains a Mass Medium and Key Advertising Channel
So, does all this mean that traditional television is dead? Put simply: No. 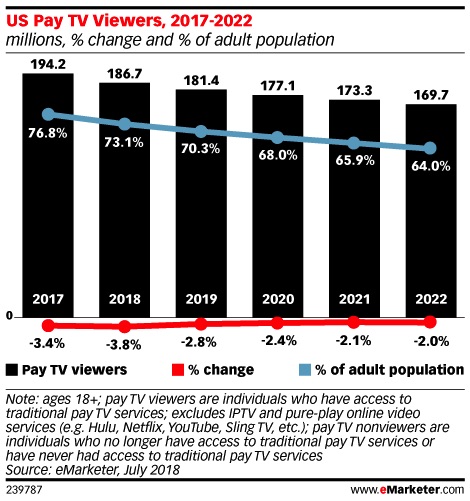 Advertising forecasts tell a similar story: According to eMarketer data, in 2022 television spend is expected to be $68 billion, only down slightly from $70 billion today and still more than double the spend on digital video ($30 billion).

Ultimately, the television landscape is changing significantly, but not (yet) being decimated. OTT services are steadily gaining traction, especially with younger audiences, and cord-cutting is a legitimate trend, but traditional television is set to remain the most popular mass media and advertising channel — at least for a few more years.

Stay up to date on the latest trends in advertising. Contact MDG today at 561-338-7797 or visit www.mdgsolutions.com.

The Media Habits of Americans in 2017: Internet, TV, Radio, and Print Trends