See How Slogans Have Captured Our World with Words [Infographic] 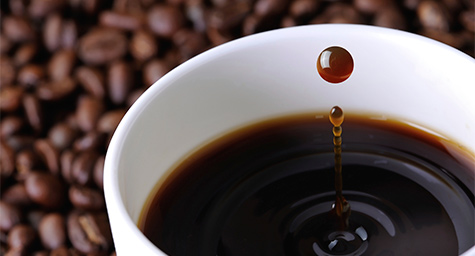 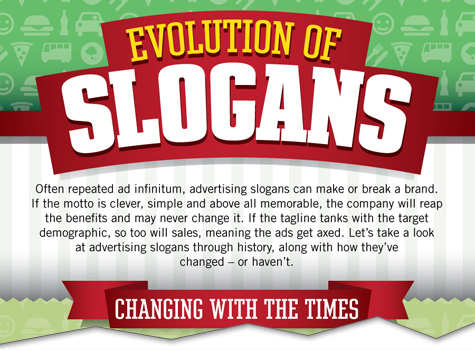 In advertising, a slogan can mean more than words. A clever catchphrase can catch attention and pay off in steady sales. While some tag lines stay etched in our minds, sometimes the times or the target market demand that a brand update its tag. To see which slogans have had staying power and how some others have changed over time, BestMarketingDegrees.com followed the phases of catchphrases.

When the First Slogan Remains the Last Word

Some brands have built their business on savvy slogans with stamina. Their words have been able to reflect and affect their target over time, so there never was any need to mess with their message. They got it right the first time, so they never gave it a second thought. Check out which well-worded slogans have been able to last the longest.

Fast food is a fickle segment that’s known to change with tastes and trends. That’s why three of the most popular chains have sampled various slogans as they tried to entice fast food lovers and rise to the top of the food chain.

When Society Signaled a Slogan Shift

Some brands let tag lines do the talking, but when a brand’s slogan no longer speaks to its target market, it’s time to rework their slogan to make it work with world we live in.

Coca-Cola and Pepsi have been around for more than a century and their battle for brand preference began at the beginning. With sodas so similar, it’s their slogans that defined their difference. And both brands sampled many slogans to continually reinvent themselves. From Coca-Cola’s “It’s the real thing” to their current “Open happiness,” and Pepsi’s “Any weather is Pepsi weather” to their present-day “Live for now.” Yet they were all created to quench their thirst for soft-drink dominance.

Catch attention for your brand with a creative slogan. Contact MDG today at 561-338-7797 or visit www.mdgsolutions.com.

How Social Media Has Changed The Ad Game [Infographic]

Make Room for These 5 Hospitality Trends Redefining the Industry [Infographic]