Why The Rise of Ad Blockers Is Good for Advertisers 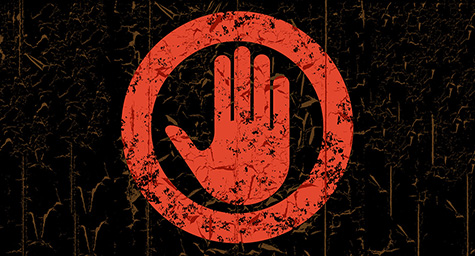 Ever since Apple announced in September that it would allow ad-blocking software in its App Store, there has been a steady stream of frenzied pieces in the press about the impact of the move. TIME captured this dark mood perfectly with an article simply titled: “Here’s How Apple Could Change the Web Forever.”

So, will the Web actually change forever? Can ad blockers destroy the entire digital advertising ecosystem?

Here’s what brands and advertisers need to know:

Moreover, the Sourcepoint and comScore data shows that use of ad blockers is especially prevalent with valuable demographics: 18–24 year-old Internet users are the most likely age group to use the software, followed by 25–34 year olds, and wealthy Internet users are more likely to use ad blockers compared with less-wealthy users.

2. Ad blockers do not block all digital advertising

Now, before you freak out too much, it’s important to understand this: ad blockers do not block all digital advertisements by any means.

Most current ad blocking software strips out some of the code related to advertisements on Web pages—such as certain display ads and tracking codes—but leaves many other ad types intact. Also, even with Apple’s move, ads delivered outside of the browser experience—such as within apps—generally aren’t affected.

This primer from HubSpot is a good place to start if you want to understand exactly what is, and isn’t, covered right now. Keep in mind two things though: 1) ad blocking varies depending on which software the user has downloaded, and 2) the space is evolving quickly.

Generally, ads that are less integrated into content, such as pop-ups, are more likely to be blocked. Conversely, well-integrated ads, such as Facebook News Feed ads and Google AdWords offerings in search results are the most likely to be displayed.

All that is a long-winded way of saying this: even as the use of ad blockers increases significantly (which is expected), there will still be plenty of digital options for advertisers.

3. Ad blockers will ultimately benefit both consumers and advertisers

When Larry Page and Sergey Brin first introduced the idea for the Google search engine in 1998, they positioned it as an alternative to the current market, which was filled with offerings that were “inherently biased towards the advertisers and away from the needs of consumers.”

Google, of course, didn’t go on to destroy digital advertising, it just popularized paid search ads that actually helped consumers find what they were looking for.

Similarly, today’s ad blockers don’t target the advertisements that people actually like, such as the ones that make finding and buying products/services easier. Instead they go after the things that people either dislike, such as ads that interfere with consuming content, or that they distrust, such as intrusive tracking codes. In other words, ad blockers try to swing the pendulum back to the needs of consumers.

Ad blockers are going to make life difficult for advertisers in the short run; some current channels are going to become less effective and it’s going to get harder to construct detailed targeting profiles. However, in the long run this will lead to offerings from advertisers and publishers that are both more useful and less intrusive. That, ultimately, will not destroy digital ads: it’ll just make them better.