Why Women’s Fashion Brands are Designing for Men 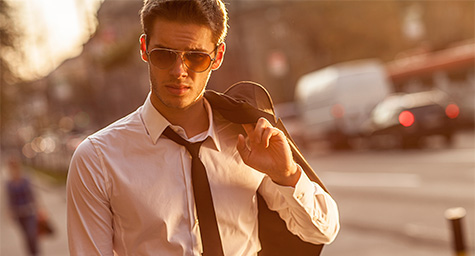 Trends in women’s fashion have often come from menswear, but now the latest trend in women’s apparel is to expand the brand to men. Today, more and more women’s fashion lines are starting to design for men. As men have become increasingly style-conscious in recent years, the menswear industry has boomed in the U.S. to the point that it’s growing faster than women’s wear. In fact, menswear retail sales soared to $60.8 billion in 2013, which was 5% higher than the prior year. Men in larger cities have always strived to dress to impress, but now fashion is clearly in fashion for regular guys all over the country. As a result, women’s wear brands are looking to get their labels on men. AdWeek.com offered a look at this hot trend in retail marketing.

Women’s Brands Going After the Man
It appears that both American and European designers are following this trend toward men:

Why Men are Seeking Style
It looks like men are no longer the stereotypical reluctant shoppers. In fact, they actually care more than ever about looking their best. This can be attributed to a variety of fashion factors:

But while men have opened their eyes to the world of fashion, it remains to be seen whether they’ll open their closets to women’s fashion brands. Industry experts believe that men may not actively seek out famous women’s brands, but they won’t be opposed to them if they happen to like their looks.

Marketing to Men
Of course, marketing will be key to getting men to accept women’s fashion brands. This means that these brands will need to distinguish their menswear lines on a retail level.

Many designers are planning to open more men’s stores or creating exclusive men’s apparel areas in their existing stores. Some are trying to men make feel comfortable by creating club-like atmospheres and adding cool features, such as barbershops and cocktail service.

And e-tailers like Net-a-Porter and Shopbop have developed special men’s sites that display a stylish selection of designer goods, along with editorial content designed to help the male shopper.

According to industry experts, men are totally different customers than women because once they find a brand they love, they’ll stay loyal to that designer for many seasons to come.

Make Your Mark As A Marketing Revolutionist